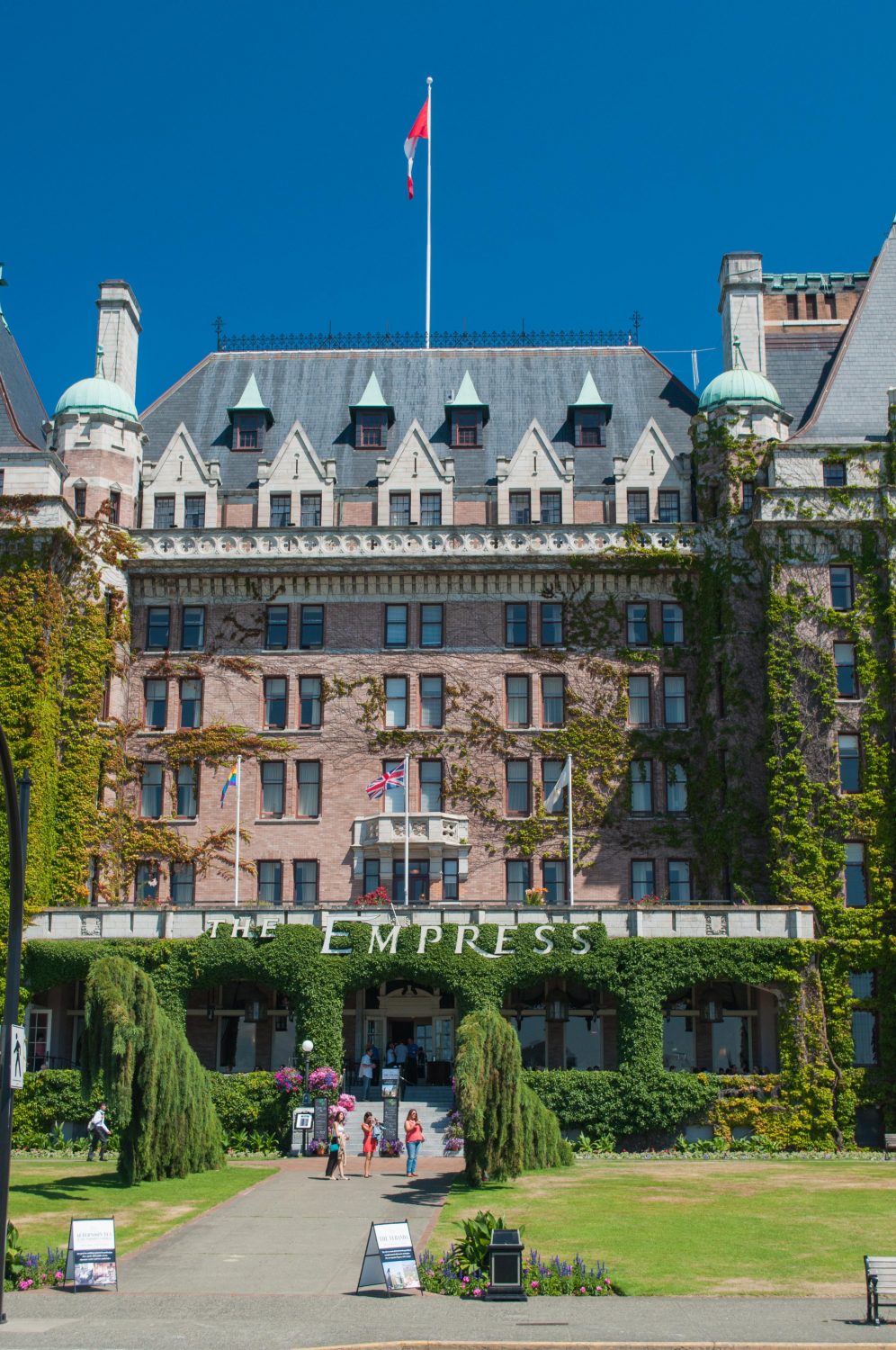 I have been to Seattle many times; and I have been to Vancouver, Canada, almost as many. My most recent voyage to Vancouver also brought me to Victoria BC. Victoria is on the Southeastern tip of Vancouver Island – an oblong shaped island that is off the coast of mainland British Columbia.

Getting To Victoria BC

There are a number of ways to get to Vancouver Island from mainland Canada and US. They involve either a plane or boat. There are some cruises that make a port of call at Victoria but I’m not going to get into that.

There are two airports in the Victoria area: Victoria International Airport (YYJ) served by Air Canada, Alaska Air, United, and WestJet; and Victoria Inner Harbour Airport (YWH) – a float plane only airport. YWH is super convenient as it is mere steps away from downtown Victoria.

I opted for the ferry from Tsawwassen to Swartz Bay. Tsawwassen is about 18 miles from YVR and about 20 miles from downtown Vancouver. The ferry costs about $15 per person each way. The ride is roughly 95 minutes long. On-board the ferry is free WiFi, multiple snack bars and a restaurant which serves full meals.

Swartz Bay is about 20 miles North of Victoria BC. There is a bus that goes to downtown Victoria that is timed with ferry arrivals – on most days it is an express bus. The day I arrived it was an express bus and took me slightly less than an hour to my bus stop which was right were the British Columbia Parliament Building stands.

I stayed at The Fairmont Empress, or just The Empress as it is more commonly called. Details can be found here.

After putting our stuff in the hotel room, we decided to walk around downtown Victoria. It isn’t that big and is easily walkable. The weather was the best I have ever experienced in Canada with temperatures in the low-70s and clear skies. We sat on the steps of Parliament and talked to  a Queen Victoria impersonator who had one of the worst British accents I have ever heard. Walking down Menzes St on Saturdays you’ll find a quaint Farmers Market with vendors selling local fruits, jams and other wares.

A quintessential activity to do in Victoria is to have afternoon high tea. There are more than a few places to do it in Victoria, and Vancouver for that matter, but it is distinguished to go to the Tea Lobby at The Empress. We had reservations as it was included in the package but they are highly recommended.

After tea, we went up to the room to relax a bit before venturing off to Butchart Gardens.  I used the free WiFi (as a member of Fairmont’s Presidents Club program) to see which bus(es) we needed to take to get there. It turned out we had to transfer buses on the way there. At the transfer station, there was a good amount of people waiting, including a man panhandling, for the bus. There was a slight incident with the man and another person which I’ll save for later.

Butchart Gardens is located in Saanich, North of Victoria, at an exhausted limestone quarry. The Butchart Family turned the quarry into a garden in 1900 – completing it and opening it to the public in 1927. The gardens stretch over 135 acres, of which 55 are accessible to the public. We were able to walk around the entire place in about 3 hours. During the Summer months, they have a live concert and fireworks on Saturday nights. On the night that we were there the band was entertaining and the fireworks were umm… kitschy and comedic. It looked like the firework show hasn’t been updated since the 1970s consisting mostly of sparklers. There were several times during the show that we thought the surrounding forest caught fire from the fireworks!

The bus ride back was an express bus which meant no transfers, which was nice. Walking back to the hotel we had a magnificent view of the Parliament building which was fully lit up. At this time I thought it was a bit Disneyland/It’s A Small World looking, but I kind of wish I had taken a picture of it. It really is a beautiful building.

The next morning we ate breakfast a couple of blocks North of Chinatown off Government St. at a small place called Jam Cafe. The service was great and the food even better. I had the smoked salmon eggs benedict with the hollandaise sauce on the side. It was delicious even without the sauce.

Before we left the Empress, we checked the ferry schedule and figured we needed to take the 12:00 ferry in order for me to get to the airport on time for my 4:00 flight home from YVR. We went straight to the bus stop from breakfast and missed the bus by about 10 steps. We looked at the schedule posted and realized two things…1) the next bus is in 15 minutes and 2) there is no express bus. The first I can understand but not the second. How could there not be an express bus on Sundays?!? It’s another thing that I chalked up to “its the island”.

The bus finally arrived at 10:45 and we were hoping it wouldn’t take more than an hour. We soon realized that the non-express bus really meant it was the “go through every residential neighborhood on the way to where we needed to go” bus. It almost goes without saying that we got off the bus to literally see the ferry pull away from the dock.

The next ferry is an hour later, but that meant that we wouldn’t arrive until almost 3:00. It was the weekend of the Asiana incident at SFO and I knew there were delays across US, but not my flight. I had already called the airline the night before to change my flight to a later one but they were full. I wasn’t surprised since it was also a holiday weekend, but missing the earlier ferry definitely added to my stress. I figured I would be ok since I have Nexus and YVR has a separate security line. However, the airport doesn’t use electronic boarding passes and I still had to fill out the customs declaration form. I had already checked in online but that doesn’t do me much good.

I arrived at the airport at 3:25 and filled out the customs form in record time. I ran up to the first class check in desk, even though I was in the back of the plane. I told the agent that I’m on the next flight to LA, and I have Nexus so I’m pretty sure I can make it. He verified my passport, printed my boarding pass and told me not to tell anyone he did it. I ran to security only to find the special security line for Nexus holders closed. Crap! Luckily the line was abnormally quick and I ran to the Nexus machine to get ready for the “Nexus dance” – step to the right, move forward, step to the left, step to the right, move backward, and so on as it does an iris scan. The US immigration officer sensed my fluster and asked why. I quickly explained it to him hoping he wouldn’t ask me anything else – he said that I should be ok and sent me on the way. I got to the gate just as the boarding announcement for all rows was made. I’m still somewhat surprised that I made it curb to plane in 15 minutes!

I had a very nice time in Victoria and I wish I had spent more time there. It is beautiful and there is surprisingly a lot to do there. It is definitely a must visit even if you only have a day or two – just be mindful that people tend to be on island time!