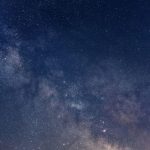 One of the lesser known activities at the Hyatt Regency Maui (at Kaanapali Beach/Lahaina) is stargazing – or what Hyatt calls the “Tour of the Stars”.  The first night staying at the Hyatt, I was absolutely amazed by the number of stars that are visible even with the ambient light walking around the property.  One of the problems about living in a populated area (as you probably know) is the light pollution preventing a good look at the stars.  Where I live I’m lucky to see 5 stars on any given night.   So when I saw that the Hyatt offered a stargazing activity I knew that we had to do it.

I went to the concierge to book the activity (without telling my girlfriend so it would be a surprise).  There are a couple of choices to make: an 8:00 or 9:00 time, or a 10:00 romance package for couples only.  The romance package includes a glass of champagne and chocolate-covered strawberries for $40.  The earlier times are $25 for adults and $15 for children.  The prices are for Hyatt guests, and are slightly higher for non-Hyatt guests.  Space is limited to 14 people and I managed to snag the last two.  So if you are considering this activity be sure to book in advance.  Since I made the booking the day of there was no refunds, which tells me they are allowed up to 24 hours before but I didn’t ask.

We showed up at a little before 10:00 with IDs in hand since you have to be at least 21 years old.  Our “tour guide” showed up not too long after that, made sure everyone there was on his list. Then asked if everyone was at least 21 without checking our IDs.  I thought it was somewhat humorous since I was told several times that we would need them.

He walked us over to the elevators and told us to meet him on the 9th floor where he then took us to the fire exit and up to the roof.  The area has two telescopes and binoculars that are mounted.   Both telescopes were fairly large and a computer automatically found the celestial objects we wanted to see.

The guide was not only funny, he was able to keep things entertaining while still being educational.  We looked at a number of stars, including Vega and Arcturus.  Arcturus is interesting because in Hawaiian it is H?k?le?a which means “Star of Happiness”.  Named because ancient Polynesians knew this star passed directly over the Hawaiian islands and would use this star to navigate to the Hawaiian islands.  We also saw Sagittarius (which I just saw a bunch of stars and couldn’t connect the stars correctly), and another constellation that totally looks like a baseball player.  Our star guide also showed us Andromeda (the closest galaxy to the Milky Way) which looks like a big blurry star but was still cool to see.

The finale of the night was a moonrise over the mountain to the East.  The sight was spectacular as we could see the light from the moon before it rose above the mountain.  It was one of the brightest moons I have ever seen. Our star guide focused the smaller of the two telescopes on the moon.  It was so cool being able to clearly see the craters, valleys and other features on the surface; however, it was so bright I wasn’t able to look at it for very long.  I was able to take a decent picture of it with my DSLR through the lens of the telescope.  Looking at other peoples’ smartphones, it looks like it may have been a little better but I didn’t have my phone on me (and I can’t begin to say how nice it was to unplug).  Feel free to leave a comment of a better way to take such a picture by holding the camera up to the telescope lens (other having a better camera/lens).

My Thoughts about Stargazing in Maui

If you have a free weekend night at the Hyatt Regency Maui, I would highly recommend doing the stargazing activity called Tour of the Stars.  It was one of the best things we decided to do while we stayed there.  I am still astounded by how many stars that were visible.  It was truly humbling to see how vast the universe is and how small we are in all of this.  I just wish I could have taken more pictures.

Read about how I planned my flight and hotel by clicking here.

Click here for the latest rates at the Hyatt Regency Maui!

p style=”text-align: center;”>Pin this to save for later!
<img class=”aligncenter wp-image-1584 size-full” src=”https://thesterlingtraveler.com/wp-content/uploads/2013/09/Stargazing-in-Maui.jpg” alt=”” width=”735″ height=”1102″ data-pin-description=”Stargazing in at the Hyatt Regency Maui was amazing. There are so many stars in the sky. Going stargazing in Maui must not be missed