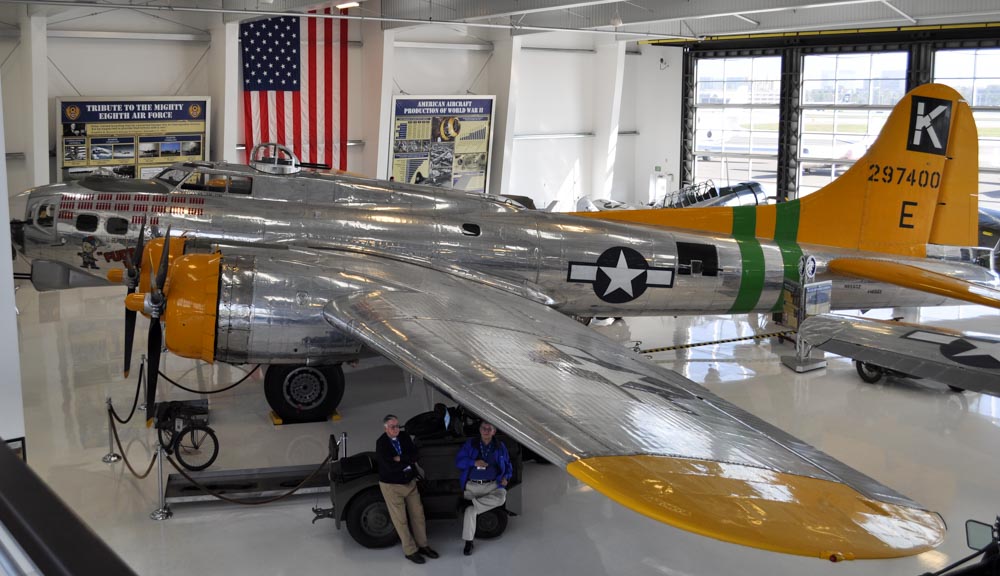 Located on the west side of John Wayne Airport in Santa Ana, California, sits what would look like an ordinary aircraft hangar. That is for someone sitting on a plane just after rotation during take off. It is indeed a large aircraft hangar but it is also a museum.

Walking through the door after paying the entry fee ($12 for adults), I was greeted by a docent, who offered a tour.  I accepted his offer and the WWII veteran started by telling me about that everything in the museum is privately owned, mostly by Lyon himself.  All of the planes were painted how he wants them to look.  It slightly took away from the authenticity of it as I would have liked to see the warplanes in their true colors.  The DC-3 below was painted in American Airlines’ Flagship livery even though it never belonged to AA.

All of the planes are air-worthy, as evidenced by the oil-drop pans under each engine.  I was told several times by the docent, “if a radial engine isn’t leaking, it must be out of oil”.

If a radial engine isn't leaking, it must be out of oil. #avgeek #c47

The museum is pretty crowded with planes and other vehicles so it was actually fairly difficult to get a really good shot of the planes.  Wings are overlapping the wings of other planes and I couldn’t get far enough away from the plane even with a wide-angle lens.  However, they do have a wide catwalk along one of the walls so you can look down on the planes.

They fly each plane at least once a year and for a price, it is possible to have a flight in them.  They also have open cockpit days.  To find out more, check out the Lyon Air Museum calendar.

The museum also gives a good opportunity to planespot. There are large windows with views of the airfield.  They have stepladders so children can still look out the window.  It is also right at the approximate place down the runaway so the jets are just beginning to lift off.