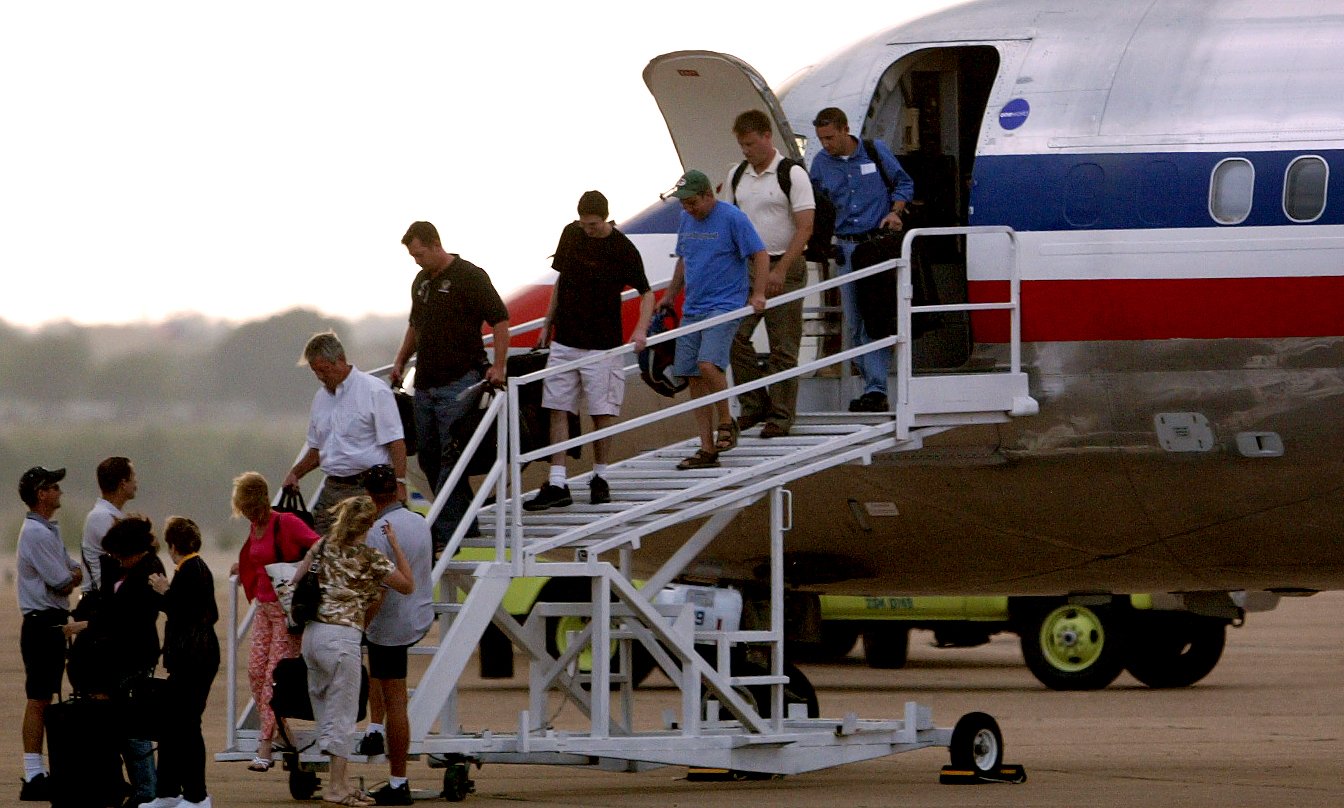 Several weekends ago, I attended the #WestCoastDO, organized by Saverocity.  It was a one day event in Scottsdale, AZ, mostly about manufactured spend (MS).  I am not going to dedicate a post about the #WestCoastDO, as I did with the Seattle Sessions organized by First2Board. I had a great time and it was wonderful catching up with people I met in Seattle and other fairly impromptu occasions; however, I feel that others have written their own reviews of the DO that I think are quite accurate.

While out to dinner with some fellow miles/points hobbyists, we were sharing travel stories. I shared a couple of stories where my travel plans did not go well. It was brought to my attention that perhaps I do not have the best of luck traveling. It got me thinking about all of my flights and vacations I have taken. I actually think I came to the same conclusion – most of my longer (and usually international) vacations have not gone according to plan. Hence, the “Travel Misadventure” series was born. I thought about calling it something more perilous, but “misadventure” seems to fit as everything still worked itself out and I had a great time – even if it didn’t go as planned.

I had a hard time figuring out which misadventure to share first. My very first misadventure in my life was when I got stranded in Ixtapa, Mexico due to a strong hurricane. It knocked out the bridge to the airport and much of the infrastructure. I was only about 7 or 8 years old and my recollection of the experience, even at the time, is very limited. Strangely, my dad wanted to go back several years later.

I was traveling to Boston to visit my friend, in 2005. My itinerary was Long Beach Airport (LGB) to BOS (Boston, MA) via DFW. It was on American Airlines, just a couple of months before they stopped flying ex-LGB in 2005. It was my first flight on a MD-80, otherwise known as the Mad Dog. Everything seemed normal for the first couple of hours on the flight from Long Beach…until the captain made an announcement that the winds were stronger than normal and we’re going to prepare for landing a little bit earlier than planned.

Shortly after that, the plane made several fairly steep banks and quickly descended. I could tell this was not completely normal, in fact I recall being fairly close to the buildings in downtown Fort Worth. As soon as we landed, I heard murmurs from passengers saying, “this isn’t DFW!” Let the misadventure begin!

The pilot quickly confirmed that we had diverted to an airport nearby DFW. The reason was that the plane lost fuel pressure. Even though I could see flights on approach to DFW and probably could have made it, I am glad the pilot/airline made the decision to divert. That’s right…I was on the diverted AA flight that landed at Meacham Field just outside of Fort Worth. Ironically, the airport code for Meacham Field is FTW, but really it should have been FTL. Meacham Field is a general aviation only airport and services no commercial planes, so there are no stairs to deplane us. Airport workers were even taking pictures.

The airline’s plan was to drive stairs over to the airport from DFW and then bus everyone to DFW. This took a couple of hours and, in the meantime, news crews were set up on the other side of the fence and helicopters were circling. I finally got off the plane and walked to the terminal – which was really just a small room in one of the buildings (most likely the FBO). Some passengers were interviewed by the news and buses arrived shortly after.

There was a huge rush getting on the buses.  There wasn’t enough for all of us and multiple waves of buses had to be made.  As I was trying to get on the bus, I was slowed by people without connections pushing through.  What happened to Southern hospitality?

My connection to Boston Logan International Airport was long past and I didn’t know when the next flight was. I had a cell phone but this was before the time of smartphones so I couldn’t look. I arrived at DFW and immediately got in line to be rebooked. One of the ticket agents called out for people going to Boston and I ran up to the counter. I gave her my ID and she handed it back to me with a boarding pass. Her parting words were, “We are in Terminal C, and the flight leaves from Terminal D in 30 minutes….Run”. And run I did.  Slight disclaimer, I am not quite sure of the exact terminals – I just remember having to go from one to another.

I got to the gate in 12 minutes, including going through security. The flight was just about to complete boarding. Across from the gate was a McDonalds with no line. I had not had any food since leaving Long Beach and I quickly explained to the gate agent what happened and asked if I could get some food. I was told the plane has to push back and I could not get food. I got on the plane and shortly after the plane pushed back from the gate. I looked out the window when we turned away from the terminal and saw something that is fairly common in the Midwest during Summer…lightning. We traveled about 25 feet forward when I saw another strike and we stopped. They closed the field due to lightning and had to wait until it passed. Meanwhile, I looked out the opposite window and saw inside the terminal…the McDonalds.  It was  taunting me. They didn’t give us any food or drink on the plane at FTW and I was so hungry.

Eventually I made it to Boston and hopped in a cab to go to my friend’s place. It was about 2 AM and I didn’t get to my friend until almost 3. Despite having basically one less night there, I had a great time in Boston and ate lots of great food. When I got home several days later, I did a Google search for my flight. I had found an article in the Star-Telegram about it with a picture. The picture was of the plane with people walking down the stairs deplaning. I looked closer and was surprised that I saw myself halfway down the stairs. I laughed about it and shared it with my family and friends. I wish I could still find the article, or at least the picture.

Since then I have tried avoiding flying on MD-80s. It isn’t that they are bad planes, some people love them. This experience kind of ruined it for me and I didn’t want to risk it again.

I hope you enjoyed reading the first of my Travel Misadventures. I promise there will be more.  If you can find the picture I mentioned, or anything else about this flight, please let me know or send it to me. I will be happy to add it here.